A Story About Honor

Let me tell you a story about Honorable. We have a master services agreement (MSA) with Inspire Sleep. In that agreement, we committed to not perform services for firms in direct competition with Inspire. We usually don’t sign that kind of agreement (and haven’t agreed to a term like that in quite a while), but, when we were in negotiation on this MSA, we were a lot smaller and eager to land Inspire. So, we signed it.

Now, here we are, years later and we have come across a very large opportunity that fits in the “competitive with Inspire” space. Tim and I talked about it and we decided to talk with Inspire and see if there was a way to re-negotiate the agreement to allow us to pursue the opportunity.

Tim flew up to Minneapolis and had a face-to-face conversation with John Rondoni, a senior leader at Inspire. John told Tim that he was super impressed that Tim had come to talk about it in person. He said, “It is likely that we would have never known that you were serving that other firm”. Tim responded that our first value, Honorable, demanded that we honor the agreement no matter how much it cost us.

John agreed to talk to the CEO of Inspire about the situation and see what could be done. So now we have the Vice President of Product Development going to the very top of a huge client of ours talking about how we honor our agreements – and lobbying to see what can be done.

They reviewed the competitor and ultimately decided that it was just too close to their business. They said that they preferred for us to steer clear, which we are willing to do because it is the right thing to do. Then, John proceeded to tell us that they were so impressed with the work we are doing for them and the kind of company we are that they would assure that we had WAY more work from them than we would have ever gotten from the other firm. 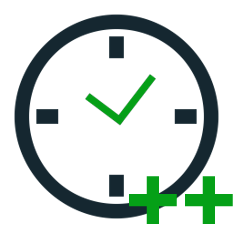 As we grow and change, it is constantly our goal to develop scalable systems and processes that will see us through to 1000 families. Vantagepoint is one of those systems. Vantagepoint is more than a time tracker. It is a resource and project tracker. It is an aid for recruiting and training. It is a forecasting tool. It is a project efficiency gauge. It can be a lot of things, but we must form the habit of using it well and consistently.

Every Velentonian is up to date on their time sheets each week. All Velentium resources in Vantagepoint have a utilization plan. By the end of each month, all sales ops that hit the target have a resource forecast in Vantagepoint. Whew! Is that all?

100% survey return, which may include an opt-out

2x C-Notes for All (Direct Deposit)

So far so good. Steady as she goes!

ThreatConnect invited Chris Gates back for a live panel webinar as a follow up to their CISO Challenge Series podcast (for which Gates was interviewed last month). 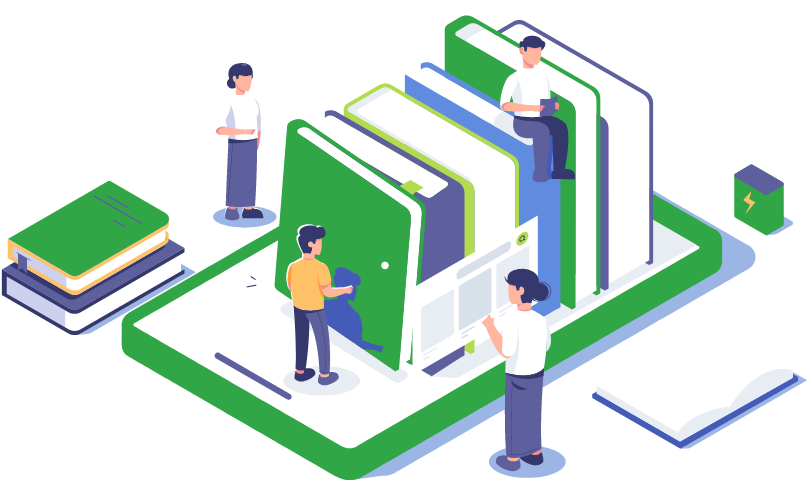 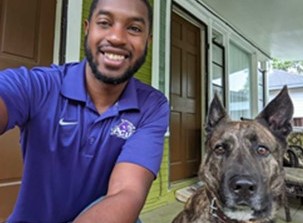 Tell me about your family

I have two older brothers and one older sister. We are tight and talk all the time.

I grew up in the Cypress area of Houston and went to Cy-Creek High School. I played football and ran track. I was a wide receiver and the punter on the football team – I always liked offense because it’s your job to avoid contact. I got to be a college athlete at Abilene Christian University for triple jump and long jump. I was all-conference once as a student athlete.

I really didn’t do a lot of building until I got to ACU. I fell into mechanical engineering when I went to tour the engineering department with my friend.

ACU has a small engineering department and a single degree (Bachelors in Science in Engineering).  You pick either mechanical or electrical as a specialty and I picked Mechanical.

At ACU, we built a small quench tank. There was an oven in the lab. Our professor wanted to heat a part in the oven, and then take it to the quench tank and cool it rapidly. From a materials perspective, it increases hardness. We designed and built the whole skid – selected the coolant pump, etc.

What is Your Dream Trip

What things occupy your time outside of work?

Disc Golf! That’s where I get my competitive edge. I travel and do tournaments wherever I can. I am headed to Orlando for the ProDisc Golf Association Amateur World Championships. I qualified last year but it was canceled due to COVID. There are hundreds going – not sure what my chances will be – I hope to finish in the top 50. 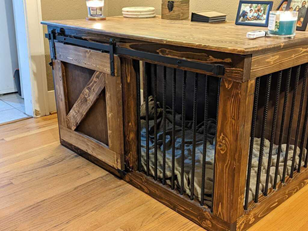 Woodworking. I love to build furniture. I started a side business making furniture (just built an entry way table for a customer). This started with a dog kennel for Ace that others have said I should start making them.

The people and the environment. I know it seems to be what everyone says, but it’s true and we really have done it. Everyone is open to giving of their time to help each other out. It is less stressful to know that someone is there to help push you in the right direction. I’ve learned so much since I got here. I love it – I’ve never learned so much in a year. I’ve worked 4 years elsewhere and I’ve learned more here in the last year than I did in the last 4 years combined.

What would you change about Velentium?

Not sure! It’s hard to answer because the year I’ve been here has been so strange with COVID and the pace. Once we all get back face to face, ask me again down the road.

Remember that our COVID policy can be found in the Human Resources Shared G Drive folder.

Masks or No Masks?
In alignment with CDC guidelines and the local and building guidelines for our locations, we are changing the mask policy.
You do not have to wear a mask if you are fully vaccinated. That is, if you are at least two weeks past your final COVID-19 vaccination, you are considered fully vaccinated and do not have to wear masks in Velentium facilities.

In keeping with CDC guidelines, it is still recommended that you wear a mask and maintain social distancing if you are NOT vaccinated.

Has anything changed with quarantine and returning to work policy?
No. You should still self-quarantine if you have had first person exposure or are assumed positive and are NOT fully vaccinated. Fully vaccinated people do not need to quarantine.

Continue to monitor your health for any symptoms of illness and keep everyone safe by staying home if you have signs of cold or flu.

Due to a syncing issue with our company credit card and Expensify, we had to un-link all of the credit cards and re-link them. This may have caused some of the expenses that you have already submitted to show up again in your open expense list. If this is the case and you would like to remove the expenses, you will have to re-submit them (company card expenses cannot be deleted - this is an Expensify rule to prevent fraud). If you choose to do this, receipts do not need to be attached. Also, please change the title of the expense report to reflect that these are expenses that have already been submitted. Please reach out to Mark or Jessica with any questions.

Remember that we have lunch and learn meeting two times each month on the 2nd and 4th Thursdays. The 2nd Thursday of each month is the book club (See Slack #bookclub). The 4th is a lunch and learn with topics presented by fellow Velentonians and outside partners.

Upcoming sessions will include a financial planning session, a session on time management using Velentium tools, and “Ask the SLT”.

May 27 Velentium Lunch and Learn: Online Training Tools - How do other Velentonians use online training tools to grow technically? Does Velentium pay for online training? How do I register and pay for online training?
June 24 Velentium Lunch and Learn: Our partner Greenlight Guru will join us on June 24 to familiarize us with Halo, a new add-on for Greenlight Guru’s core QMS offering that offers intelligent document and change management. Please plan to attend if you can! Greenlight Guru is a valuable referral partner for us and the main way we can return value to them is by being familiar with their product, so that we can recommend it for appropriate projects. Plus... free lunch!
July 22 Velentium Lunch and Learn: Ask the SLT! Several SLT members will join the lunch and learn to answer your questions.

Welcome to Our New Staff

There are a lot of incoming team members. Welcome everyone!

Staff having work anniversaries this month are: